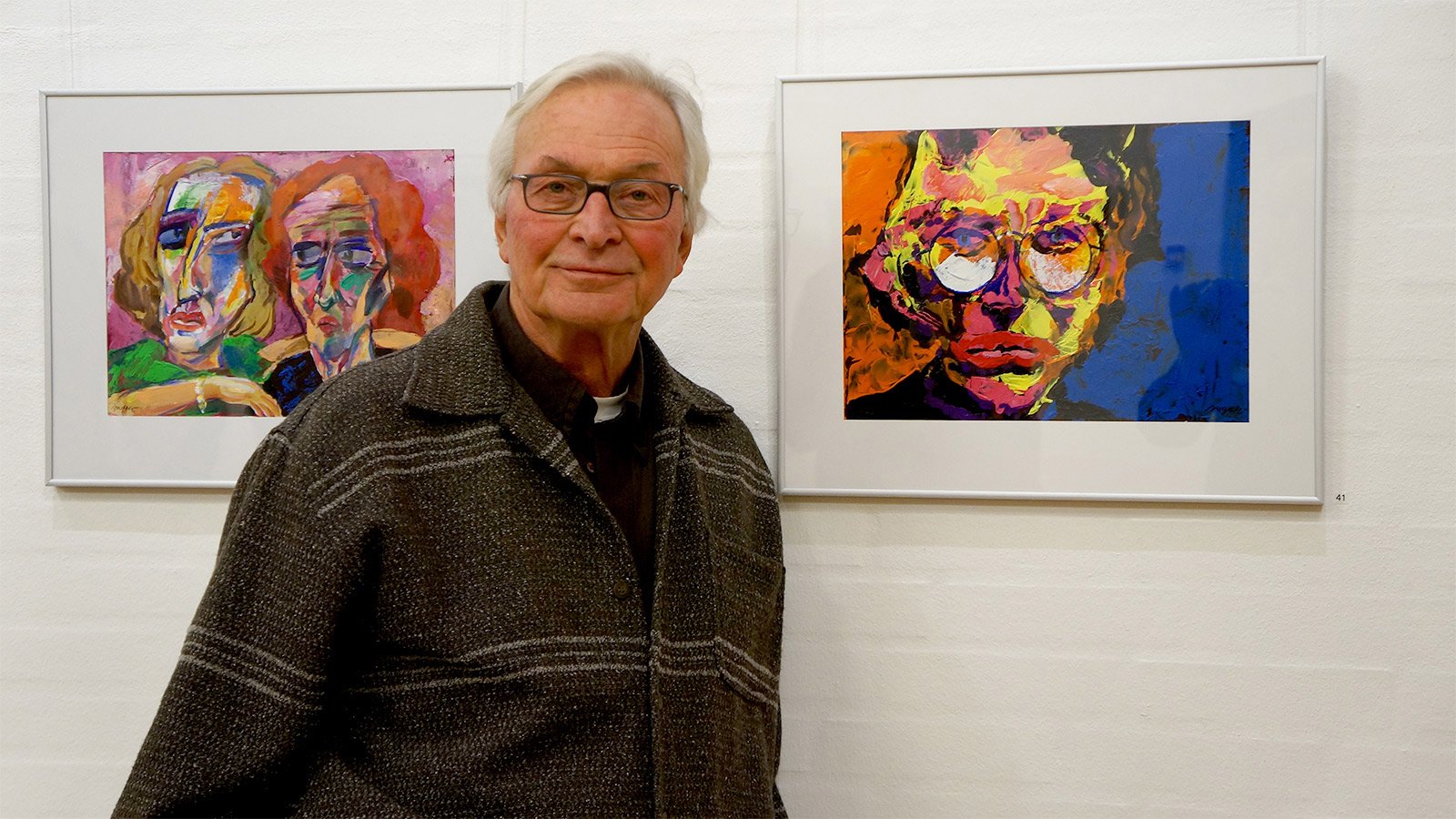 I was born in Budapest, Hungary, but obtained my artistic training in Norway, where I graduated from the Oslo National Academy of the Arts. Having received a post-graduate scholarship, I moved to Paris to study at L´École des Beaux Arts. While in Paris I also had a one-man show in Galerie Le Grand Berceau. On my return to Oslo after 1 ½ years  in France, I was soon given an opportunity to display my paintings in Galleri Engebret.
During my formative years, most of my inspiration derived from the American abstract expressionists, the earlier German expressionists and the post-war School  of Paris. Working also with graphic design and illustration, my efforts gradually lead to a long professional freelance career as an illustrator for advertising agencies, as well as publishers of school- and text-books and magazines.
In 1966 I emigrated to Denmark, where I still live and work, with permanent address in the seaside Copenhagen suburb of Rungsted. Around 2000, I took up painting again and now work full-time as a painter.
I have always been painting abstract images, but in recent years my thinking and style have changed considerably.
The task I set myself is to combine figurative elements with non-figurative subjects.
The spectator does not necessarily need to discover the recognizable subjects at first sight. Rather, the aim is to integrate them into a harmonious entirety.

Running side by side, another line of my work is a series of imaginary portraits of women.  I have in view a daring representation of the subjects, both in expression and manner of painting.

Contrasts are important to me, however, whether they appear in colors, composition or painting techniques within the same frame.That gives the painting dynamism and vitality. The vision is a statement that reverberates in the room and draws attention to itself, presenting the spectator with an array of interpretations